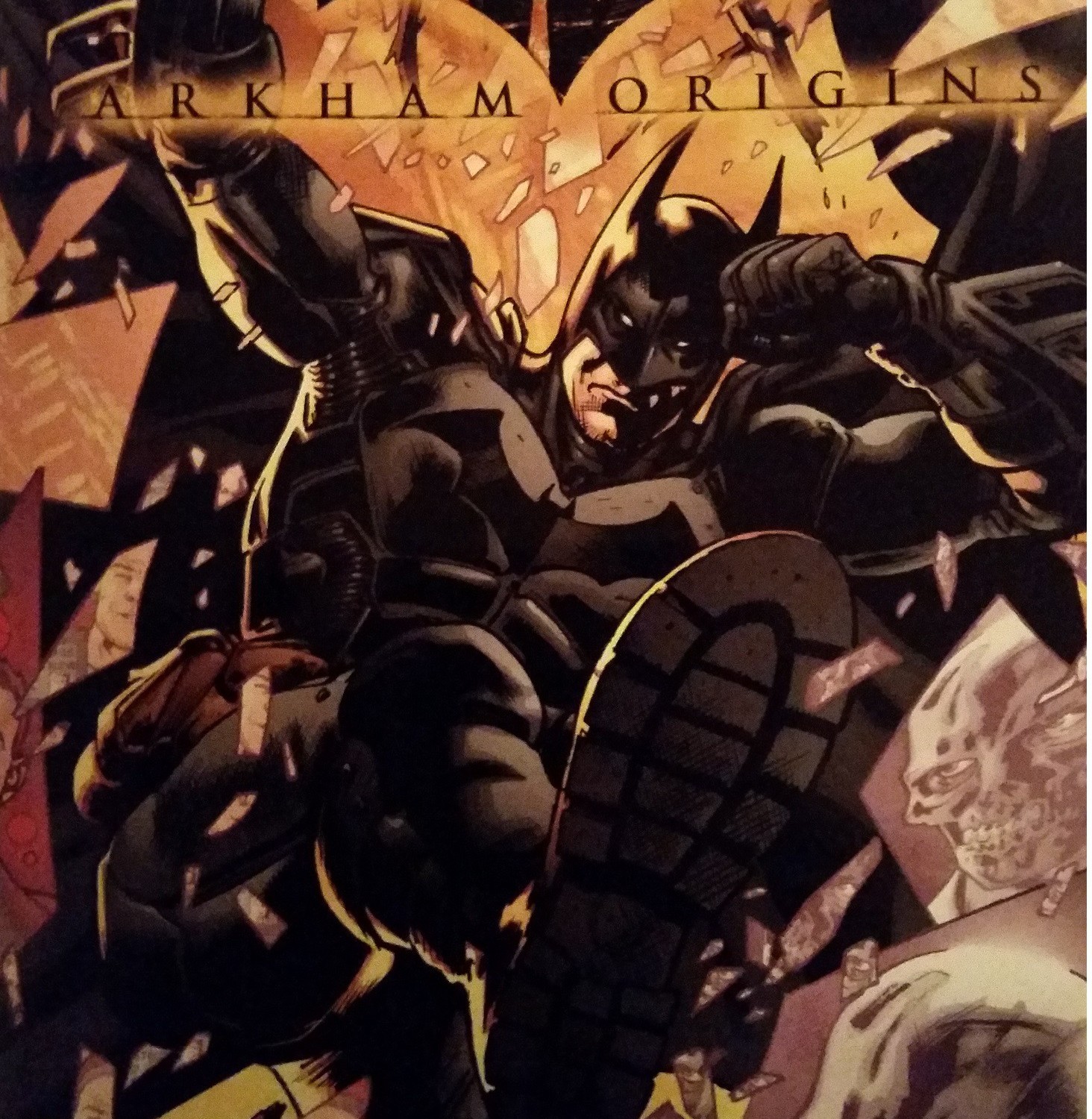 I’m a big fan of the Batman Arkham games. Arkham Asylum showed the world how good a Batman game could be, whilst Arkham City delivered the world’s first fully-fledged Batman simulator. The next game by Rocksteady, due for release later in 2015, looks set to take this even further, with a massive open world Gotham, a unique (or maybe not?) villain, and… the Batmobile!

In the time between 2011’s Arkham City and the yet to be released Arkham Knight, Rocksteady handed the franchise to Warner Bros. Games Montreal to develop a prequel game: Arkham Origins. The game saw Batman taking on a number of deadly assassins, hired by the Black Mask, on Christmas Eve. Arkham Origins didn’t do much new or different to Arkham City and unfortunately released with major bugs, some of which were never patched out, and that left the brand name under question. All in all, Origins was a disappointing entry in an otherwise excellent video game franchise.

The Arkham games have had a history of comic book tie-in series’ though, and Origins is no different. Releasing initially in digital form, and later in January 2015 as a trade collecting all 14 issues, Batman: Arkham Origins is a comic book with a twist; within the pages of this comic you get to be Batman.

As you read through the prequel story to the prequel game, you’ll be presented with choices. It’s up to you to pick which leads to follow, whether to engage Batman’s flight or fight response, and more. These decisions have varying results, sometimes leading to dead ends, sometimes disaster, and sometimes success for the Dark Knight. It’s a fascinating way of engaging the reader in a medium which is, by its nature, normally much more passive. This technique also reflects the video game heritage of this tie-in, in which gamers make choices and actively decide Batman’s fate through their gameplay actions.

The story itself is perhaps a little less interesting than the way it’s told, with Batman covering off leads in order to try and work out the exact nature of Black Mask’s power play. Batman’s constant doubts and internal monologue, whereby he criticises himself repeatedly, are a little off-putting too; even in his early days you’d expect Batman to have a little more confidence in his training and abilities. It’s not that an early career Batman shouldn’t make mistakes, but that it just doesn’t seem in keeping with the character for him to be so self-depreciating. The artwork is solid though, capturing the intricacies of Batman’s look in the Arkham video games well. There are, however, some mistakes here and there in the writing. They’re simple mistakes, no doubt, but there’s no denying the irony of the comic book having its own bugs to match the many found in the game.

If you follow the story through as intended, making your own choices and seeing how they play out, Arkham Origins feels like a very refreshing and interesting experience, even if it is disappointing when you kill Batman thanks to a 50/50 choice where one path wasn’t obviously better than another. There is always the option just to read the book through in order too, but this is less interesting and not in keeping with the spirit of what the team behind the Arkham Origins comic book were trying to achieve. If you’re going to do that then an interactive comic, and therefore Batman: Arkham Origins, probably isn’t for you.

Batman: Arkham Origins is far from the greatest Batman story ever told, but then it’s not based on the best Batman game ever made; not by a long shot. Still, this comic book represents a very interesting way of trying to tell a comic book story and engage readers. This is new territory for DC Comics, and its done well enough in Batman: Arkham Origins that it is worth reading, and you should be intrigued to see how DC Comics will evolve this idea further in the future. In particular this should appeal to a younger audience more used to instant gratification on the internet, fast decisions, and, yes, video games.

For trying something new with Batman: Arkham Origins, DC Comics deserves a lot of credit. The digital version is the better way of experiencing this interactive comic, but the published volume is still worth picking up; not because this is the greatest Batman story ever told, but because it is being told in a much more interesting way than normal.