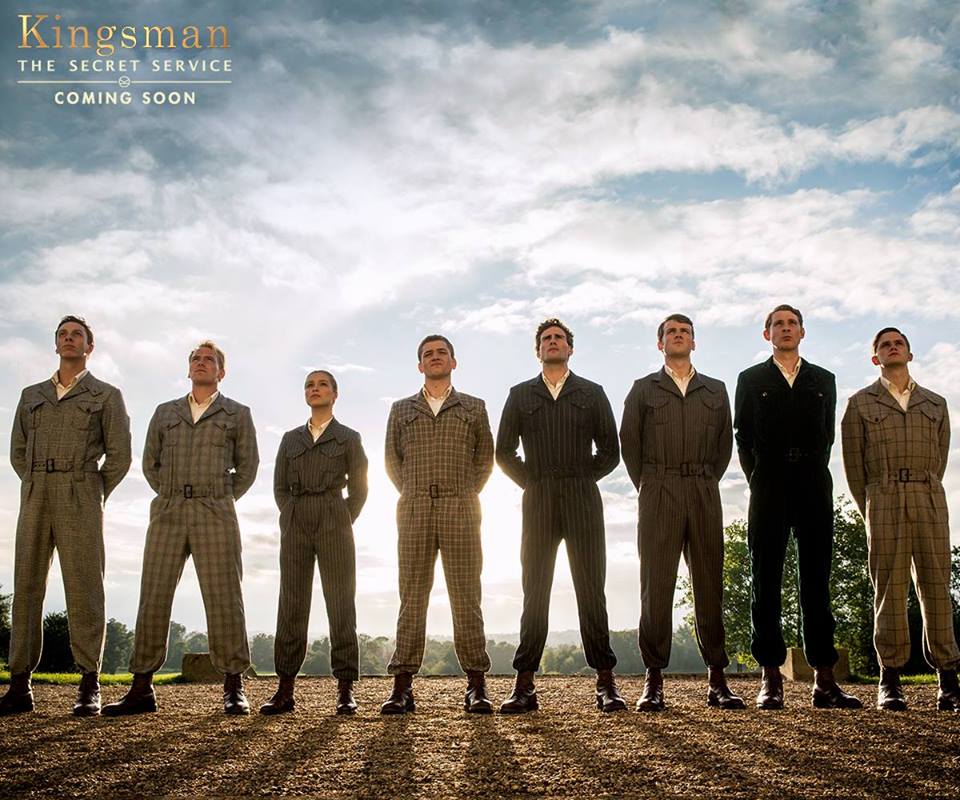 I’ve said before that I’m not a huge fan of Mark Millar’s writing. It has a tendency to boil over into gratuitous violence just for the sake of gratuitous violence; it’s not big, it’s not clever and it doesn’t really do anything for me. That said, Millar’s comic book The Secret Service – Kingsman saw him keep things on the right side of ridiculousness for an entire six issues, and it was very, very good. Now that book has been adapted into a film directed by Matthew Vaughn and starring Colin Firth, Samuel L. Jackson, Mark Strong, Michael Kane, Taron Egerton and Sophie Cookson, and like the book, it too is very good.

The best way to describe Kingsman: The Secret Service is as a slick, sly and cynically funny mash-up of James Bond, Kick-Ass and My Fair Lady. That should come as no surprise really as Kingsman is first and foremost a spy film, Kick-Ass stands as an unwavering testament as to how well Millar’s gaudy hyper-violence can be adapted into a film franchise, and My Fair Lady is a rag-to-riches tale similar to lead character Gary ‘Eggsy’ Unwin’s.

Kingsman: The Secret Service tells a rather simple story. After the death of one of their members, Colin Firth’s character Harry Hart looks to recruit a new breed of ‘gentleman’ to The Secret Service. Enter Taron’s character Eggsy, a street-wise chav, fed up of seeing his mum beaten and abused by her boyfriend, whose Dad, unbeknownst to him, died saving Harry on a Kingsman mission many years earlier. What follows is the tale of Eggsy growing from a street-rough young offender into a smooth super-spy, showing that no matter what background you come from, everyone has an inner ‘gentleman’.

Whilst Eggsy fends off the Oxford- and Cambridge-born competition at spy school, Harry uncovers a dastardly plot to combat Earth’s global warming problem. This mind-blowing (pun intended; you’ll get it when you see the film) plot comes from the brain of tech genius Richmond Valentine (Samuel L. Jackson). Things eventually reach a suitable climax that sees the Kingsmen face-off against Valentine and his lethal sidekick Gazelle (Sofia Boutella) in a finale befitting of any great spy film. Think Bond versus Jaws, but more spectacular, and you’re on the right path.

What makes Kingsman work so well is the excellent blend of action, comedy, snobbery and self-awareness. In many ways this is a fairly standard Connery- or Moore-style Bond plot, but it’s blessed with the knowledge of hindsight. Queue references to 007, his gadgets, and his gentleman’s licence to kill. This is mashed-up with a huge dose of hyper-violence, more than befitting of a Millar story, but it somehow works much better on screen than it ever seems to do on paper. Finally, Kingsman has a thread of youthful comedy running throughout that you can’t help but crack a wry, or sometimes dirty, smile at.

The film adaptation also runs incredibly close to the source material. There are some changes to certain scenes, characters and the order of events, but if you’ve read Millar’s comic book then you won’t find anything unexpected in this film. Instead you’ll be pleasantly surprised to find such a true-to-source adaptation, with such excellent direction, production and acting.

It’s the acting that maketh the film, with each actor turning in a superb performance. Taron’s Eggsy brilliantly transforms from the waste-of-space street kid, into the new age modern gentleman spy, whilst Colin Firth manages to be as dapper as ever. In this film, Firth also shows that he has a (very) violent and lethal streak in him, the likes of which you’ve never seen from such a well-spoken Brit before, Bond included. Could Firth follow Liam Neeson’s footsteps into middle-aged action man heroics? Suddenly the idea doesn’t seem so far-fetched. The only slight disappointment comes from Samuel L. Jackson. I don’t understand why he needed to have a speech impediment in this film. All this serves to do is distract from his evil plot to eradicate 90% of the human race, and it’s a choice that adds no comedic value save for one line about the British accent. Jackson is still a great megalomaniac, but it’s an annoying and unnecessary distraction.

Kingsman: The Secret Service is a thrilling ride. The 129 minute run time whizzes by in a blaze of guns, fist fights, bad language, gore, suits and puppies, with plenty of laughs the whole way through. It’s a slick and crazy boy-coming-of-age story, albeit with a spy flavoured twist, that even manages to serve up a few emotional moments which are very fleeting and followed by plenty of comedy, but present nonetheless. There have been plenty of comic book adaptations of late, but Kingsman: The Secret Service represents one of the best.

There are a few unnecessary plot and character changes from the comic books, and the violence is very over-the-top which will put some people off (if you didn’t like the Kick-Ass films then you probably won’t like the fireworks in this), but there’s no doubt that Kingsman: The Secret Service is both an excellent spy movie, a polished action flick and a triumphant comedy film. It’s James Bond for a new, more street-wise generation. And it also teaches us that suits should never come straight off the rack; a message I’ve been trying to get my wife to understand for a long time.